Web Development Agencies from Ukraine: Why it is a good idea?

Home • Blog • Web Development Agencies from Ukraine: Why it is a good idea?

Web Development Agencies from Ukraine: Why it is a good idea?

Should you hire Ukrainian Web Developers? If you ever wondered whether you should hire a team of developers from Ukraine, read this article to understand that it is worth to do so.

Ukraine has for a long time now been an excellent source of professional web developers. In fact, with over 110000 individuals in the IT industry, Ukraine has been ranked the fourth country with the most talented IT specialists after the USA, India and Russia.

Outsourcing web development to Ukrainian developers has strategic and recognisable benefits to a business. This is why the Outsourcing Journal 2017 named Ukraine as one of the prime software outsourcing destinations in Eastern Europe. Even big corporations such as IBM and Cisco have established solid relationships with Ukrainian developers because of their reliability and expertise.

In Ukraine, the number of IT sector employees increases annually by 19%. According to experts, in 2017 alone in the IT services market, the number of employees increased by 27 thousand workers. This is stated in the report of the Ukrainian business association of companies operating in the field of information technology (Ukrainian IT Association).

In addition to this, a surprising number of American technology companies use IT engineers in Ukraine, but you may never know about it. The Ukrainian technology industry is responsible for Ford’s automotive information and entertainment systems, the award-winning Reuters application for photographers, Nokia’s retail customer experience and Deutsche Bank’s risk management system.

Most of the US companies do not have official offices in Kiev, preferring to hire people through intermediaries. Some companies would not like to publicly admit that these employees exist, given that “outsourcing” is a dirty word in US policy. However, in Ukraine every year there are more and more large companies with headquarters in the states.

The Ukrainian IT sector is impressive. It is one of the largest industries in the country and represents a key component of  Ukraine’s future economic success. Today, the volume of service exports and software development from Ukraine is about 2 billion dollars a year.

The IT ecosystem in Ukraine is highly developed and rich in highly qualified web developers, who represent the best choice for you in many different ways:

First, Ukraine’s IT industry includes over 1000 IT companies and more than 100 Research and Development centres, which means that the IT sector is well developed. Second, the labour cost is much lower in Ukraine as compared to the USA or other western European countries. However, the quality of work produced here is the same and even better at times. Therefore, hiring developers from Ukraine is beneficial as businesses can cut their expenses and still have good work done. It is common knowledge that other countries such as the Philippines and India offer cheaper rates as well, but Ukrainian developers set themselves apart in the quality of their work.

You may also like: How to choose a web agency: 7 simple steps

Working with developers in Ukraine is quite convenient because of its geographical location on the GMT +2-time zone. For instance, if you are based in Europe there would be a minimal time difference between you and the web development team you hire. Should you find that working remotely isn’t working for you, you may as well hop onto a plane and visit Ukraine in person. You’ll find that Ukraine’s immigration rules are quite favourable. 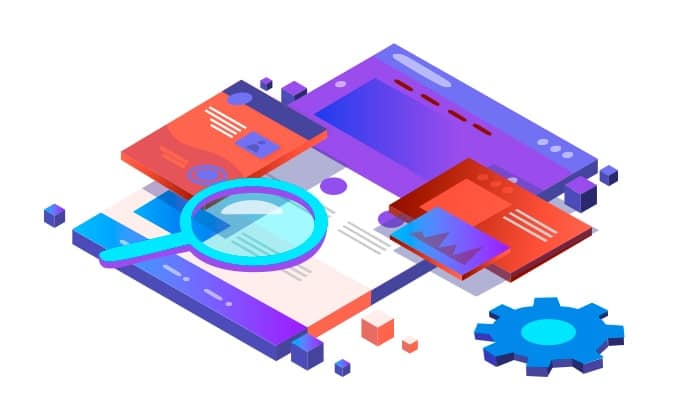 80% of all developers in Ukraine have a firm grasp of English. In fact, this is the most common official language in schools and corporate institutions in the country. The traditional European style of communication used in Ukraine is replicated in the work habits and ethics of Ukrainian web developers. This is much quite similar to what happens in western Europe, USA, and many other countries. The linguistic and cultural similarities ensure a smooth work flow which is goal-oriented. In simple terms; it is very easy to cooperate with developers from Ukraine.

#Ukraine is the world’s 4th most educated nation

The education system in Ukraine is uniquely developed to drive creativity and innovation. Students are encouraged to tap into their intelligence and use it to nurture intuitive problem-solving skills. Therefore, students who graduate from college and university are powerful trailblazers in their respective fields. As a result, a web developer from Ukraine is equipped both technically and mentally to deliver solutions that work and meet the expectations of the client.

New IT training programs appear in universities that are not inferior in quality and content to the United States. The successful launch of Computer Science programs at the Lviv Polytechnic University served as an impetus for improving approaches to teaching IT disciplines at universities. This year, several new training programs such as Computer Science, Data Science, Business Analytics, and  Artificial Intelligence Systems, appeared in the University of Lviv. Against the background of the high demand for the profession and the active participation of IT companies in reforming educational programs, the trend will continue in 2019 and will cover other cities where the IT industry is developed at a high enough level.

To sum up, it is worth hiring developers from Ukraine because first, they are the world’s fourth country in IT, which means that they develop high-quality software and projects and also have a very mature IT market.

Second, they have a strong educational system and solid research bases providing the cutting edge of technology. Additionally, communication wouldn’t be an obstacle since many of them can speak languages such as English, French, German, Spanish, and Italian. The most beneficial aspect of offshore Ukrainian web Developers is the lowest cost that they offer for the great work they achieve.

Third, it is cost-effective. You get professional web development services and advanced search engine optimization services for affordable price. How much does an employee actually cost in USA, Great Britain, Germany, Netherlands, Norway, Denmark, Australia? The problem is high cost of IT services in these countries is additional expenses the business accrues as a result of hiring and employing a person. In Ukraine these additional expenses less than in Poland and others East Europe countries. So, to hire Ukranian web specialists is cost-effective way.

In a word, the effectiveness of the web development team you hire mainly depends on the location you choose. With time, Ukraine has proven that it indeed is a powerhouse in IT. Portfolios from web development specialists from the country inspire confidence that Ukraine is the go-to place when looking for exceptional off-shore web developers.

One day you may see your website’s organic search traffic begins declining. There are many reasons you can see traffic drops from search engines, ...

Web design trends keep continuously changing and improving the efficiency of websites. Major companies in Australia are working towards meeting these new ...

What is UX competitive analysis?

Websites survive in a competitive environment. It means users сonstantly сompare one website with others. Many marketers note that users prefer to choose ...

Many people think they may point to other sites and say, “I like that. Can you do something like that?” and hope for the best. In reality, ...

The web development process includes many tasks that can be divided into these steps: project planning, website designing, web development, testing, and ...

How to create an About Us page that rocks

F5 Studio has been creating business sites since 2013, and we notice that a few business owners focus on creating an About Us page. That is why the About ...

These days people can use an e-commerce platform like Adobe Commerce, Shopify, Woocommerce, or any other e-commerce solution to build an online store. ...

Everything is happening rapidly on the web. What causes a “wow effect” at the beginning of the year becomes relevant and trendy by spring, then it starts ...

How to perform an SEO audit to improve valuable traffic?

An SEO audit is the first step in any search optimization job because you should know the issues to fix.   The SEO audit is a snapshot of the ...

Convert Figma to WordPress: how to do that in the right way

Figma is a web-based vector graphics editor many web designers use to provide professional UI and UX design services and build great websites for ...