React, Vue.js, and Angular are the widely used JavaScript frameworks which developers use to create websites and to build web applications. However, even though these three frameworks can help solve web development problems, there is a substantial difference between them and the rising question is: Which of them is the most popular or more efficient?

This article tends to compare the above Frameworks to help new developers choose what is suitable for them.

As of this writing, we do not have any worldwide statistic that shows the top-rated JavaScript frameworks, but an analysis of open vacancies from  Indeed.com has given us the rating below:

The StackOverflow survey data also gives following figures: 67% of the votes were cast by React developers, while 42% of programmers voted for Angular.

From the above figure, It turns out that React is the most popular of all the three FrameWorks. However, should we jump to the conclusion that React is also the most effective one?

Not really, React is certainly popular because it was used to build popular platforms such as Facebook and Instagram. In contrast to this, VueJs appears to be the top-rated framework on Github with a 5-star rate.

We believe that the best way to compare these three frameworks is to consider the indicators that are important to developers, instead of giving referring to other people’s experience.

The following are the most important points to look at:

DOM – (Document Object Model) is a document object model that allows you to read and change the content, design, and even the structure of HTML documents. Each of the frameworks has its own approach to DOM processing, which has an impact on the rendering of the final page displayed on the user’s screen.

Vue.js and React create a copy of the DOM, process it, and then compare the result with the original version. In the final document (that is, on the user’s screen), only those parts of the page that are different from the processing results are replaced.

This greatly speeds up the page rendering and loading process, and at the same time reduces the volume of traffic which is important especially for users of mobile devices.

React is not a Framework in itself. It is a kind of modified library, “sharpened” under MVC (Model-View-Controller, where the “Model” is responsible for providing data, the “View” responsible for displays Model data to the user, and the “Controller” for interpreting the user’s actions and causing the Model to make changes). However, Angular and Vue.js are frameworks.

If the architecture of the project is based on React, then it predetermines:

Therefore, it will take more time to implement the architecture. Low-level API (Application Programming Interface) requires too much configuration.

With Vue.js and Angular, problems related to the selection and customization of libraries for different tasks no longer occur. The high-level API provides backward compatibility for all libraries. And this is help new programmers to connect to the project without a long study of the application architecture.

It is in the unification of the processes that lies the popularity of full-fledged frameworks.

React and Vue.js only support one-way data transfer. In this case, objects are encapsulated in React. In simple terms, each of the objects of the application refers to the final procedures that do not require user actions until the end of work.

However, React supports copy and transfer status. This means that the properties of the registered objects can be restored on another device if you start the application and report the status of the components. Consequently, the rendering will be identical, on the screens of both devices and the “picture” will be the same.

The framework Vue.js works a bit differently. JS is still one-way, but the components work with templates, and the output shows clean HTML. There is support for JSX, which simplifies the transition from React and similar libraries. With Vue.Js, the logic of processes is automated by constructing directives. It is enough to add the required directive to get additional functionality. Let’s say, you need to make a block element moved around the page. To implement this, it is enough to add the directive to the properties of the object, after which it can be dragged with the mouse over the screen.

The Angular framework is somewhat different in the logic of the process. Yes, there is everything that is characteristic of Vue.js, but the description of the interaction of objects occurs in the services that are part of the modules.

Modular architecture is more convenient when developing large applications. A module is created for solving several tasks of similar functionality. As a result, the smaller the code size becomes, the higher the processing speed increases.

MVVM support (Model-View-ViewModel) allows for solving different tasks in the same section of the application using the same data set. The dependence of the functions determines the two-way direction of data transfer. Each procedure can start a different process.

For the application developer, the ability to update the architecture for connecting new modules and libraries is important.

Fully-fledged framework. Absolute dependence on previous versions and components. A direct transition from 4.0 to 5.0 is not possible, you will have to consistently install all updates between versions. This will lead to an unreasonable increase in the volume of the application.

Library. Full compatibility between versions. It is possible to connect to the application libraries of different versions, updating outdated with inheritance properties.

Progressive framework (according to the statement of the main developer of Vue.js Evan Yu ). The modular system is similar to React but includes all the attributes of the JS framework that works with full backward compatibility.
Do you need more detailed information to choose Vue.js for web app? You should read this article Why Vue.js the right application development framework for your next project?

Before you start learning a new framework, you should understand that each of them has its own number of followers. And the more popular the framework, the larger the community. It is important to join the community of your chosen framework to benefit and keep up with new updates that will be released. Joining the community also helps find solutions to some problems you might encounter while trying to get a hand on the framework. The more complex the project, the more often developers turn to the technical documentation of the chosen environment, and to the community. Therefore, it is worth comparing the “support” of each JS framework beforehand. 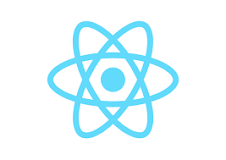 The community of the REACT framework is really huge, but the daily updates of some libraries make this community absolutely useless. As each representative of the community would not always have time to study the daily arriving the updates and provide help accordingly.

On the one hand, since the community consists of thousands of programmers from different countries, it makes a resolution to problems quite simple as you can ask help from the developers in your community and in the language you speak.

At times, It is difficult to find documentation that would comprehensively describe the application processes, functions, and properties of a specific freshly released library. Most often, new modules appear in this way: the programmer creates a library to solve a problem in his project then, writes a brief guide and puts the groundwork on the Internet.

Also you can read Benefits of using WordPress with React.js

Compared to Angular and React, VueJS’ community is much smaller, and for this reason, a question posted on any forum or website dedicated to this framework can take quite a long time before having a response. Additionally, most documentation related to VueJS are not well translated into English and that makes it difficult to work with. 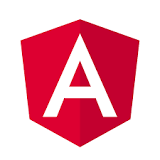 Unlike Vue.js and React, Angular has well-detailed documentation and guidelines which help find relevant answers without the need to refer to the community. Hundred of thousands of developers use Angular and You can ask for help on StackOverflow and on other sites. You will surely find a person who knows how to solve the problem or tell you where to find the answer.

Comparing frameworks is quite a difficult task. But the analysis was meant for novice developers to help choose the platform they want considering the above-mentioned points. Let’s sum up:

Each of the frameworks is good in its own way, there are strengths and weaknesses. Therefore, it is worth giving one more important advice: what will be easier to learn for a team of programmers should be used for development. Also, study the available materials, develop, do not stand still, because Vue.js and React are constantly changing.

Reasons why a product page might not be ranking

Google’s John Mueller says: “It’s impossible to crawl the whole web”. It is one of the reasons why some product pages of your e-commerce site are not ...

Health and wellness is an ancient practice that stems from Hindu, Chinese, and even Greecian traditions. And just like wellness, beauty is another ...

Customer loyalty is considered one of the most important outcomes for e-commerce businesses. How can you turn visitors into loyal customers?  Loyal ...

Initially, the role of UI was perceived as limited to human interaction with the digital product. Today, UI design has transcended towards business ...

What is a backlink in SEO? Do you really need to build links?

Many SEOs today focus on building backlinks. A whole industry has grown around backlinks. You can find dozens of theories, explanations of the Google ...

You are not the user. Every day F5 Studio project managers say that to web designers, clients, and themselves. Why? Because they know about the false ...

If you have a blog or a business website built with WordPress, it is necessary to perform maintenance to gain optimal performance from the site. There ...

Free tools for the Woocommerce stores

As an online shop owner, you want to make operations run more efficiently and help the backend team makes better decisions. There are many free tools to ...

Brand Marketing 101 for Startups and Entrepreneurs

Starting a business can be an incredibly exciting experience. One mistake though is getting overexcited and forgetting about the basics, including brand ...

Why are lower-quality websites outrank my professional site?

Have you ever seen this question in social media groups, communities, or SEO forums? Maybe you have asked this question. In most cases, it’s not ...

Tips to build an effective business website for start-up companies

When it comes to creating a business website that boosts conversions and generates revenue, many companies, especially startups, continue to struggle. ...