What is the difference between UX and UI design

Home • Blog • What is the difference between UX and UI design

What is the difference between UX and UI design

The misconceptions and complications involved in differentiating between UX and UI design run deep even among respectable members of the design community. Countless analogies, some as old as the internet, have been used to try and demystify this enigma. One of the oldest and probably the worst of all is that UI is like the saddle on a horse while UX is like the feeling you get when riding a horse!

It’s quite interesting to note that some even Web Development Agency executives can’t quite tell the difference between the two and often confuse them with other tradition web development services. Many a time you’ll find UI/UX design roles listed under other names and descriptions such as web developers, Web Design or graphic designers. Suffice to say, UI and UX design are more often buzzwords that people like to throw around without really knowing what they are talking about. So what is the difference between UX and UI? Let’s start!

UI/UX Design Agency services have been around for several decades now. The principles of conceptual design upon which they are built are even older. Having a workable knowledge of both UI and UX design indeed gives a design a well-recognized employable edge. It’s thus worthwhile to properly distinguish the two from each other. We’ll help you decipher what the acronyms mean. UX is used to refer to User Experience while UI is used as short for User Interface (what is UI design, why is it important?).

The two disciplines are very closely related. However professionally they have very different roles in the sense that a user experience designer oversees all aspects of end user’s interactions with a business and its products. A UI designer, on the other hand, is majorly tasked with developing the visual design, I.e. the look and feel of a business website.

Proper UX design focuses on the interactive aspect of a product with its users. For instance, the UI designer will consider where a visitor is most likely to click first on a site, how images will slide on a page and what the reaction of the user might be towards a particular aspect of the page. The bigger picture here would be that UX deals with the architecture of the site. As such you’d expect a User Experience Design agency to design the physical layout of a page as well as deciding where things go and what colours to use.

UI design, on the other hand, can be described as a small aspect of UX mainly concerned with colours and typographical aspect of Web Design. UI designers concentrate more on the visual part of a website. They’ll, for instance, decide how certain buttons will look and what colours will be used.

Don Norman and Jacob Nielsen briefly and clearly summarized the difference between the two concepts:

As an example, consider a website with movie reviews. Suppose the user interface is ideal for searching for movies. But if the site’s main database contains only films from major studios, the site will have a poor UX for those users who need information about independent movie releases. ”

Another good example is Google. Its interface is very simple. It contains almost nothing – just a logo, a search string and a few buttons: 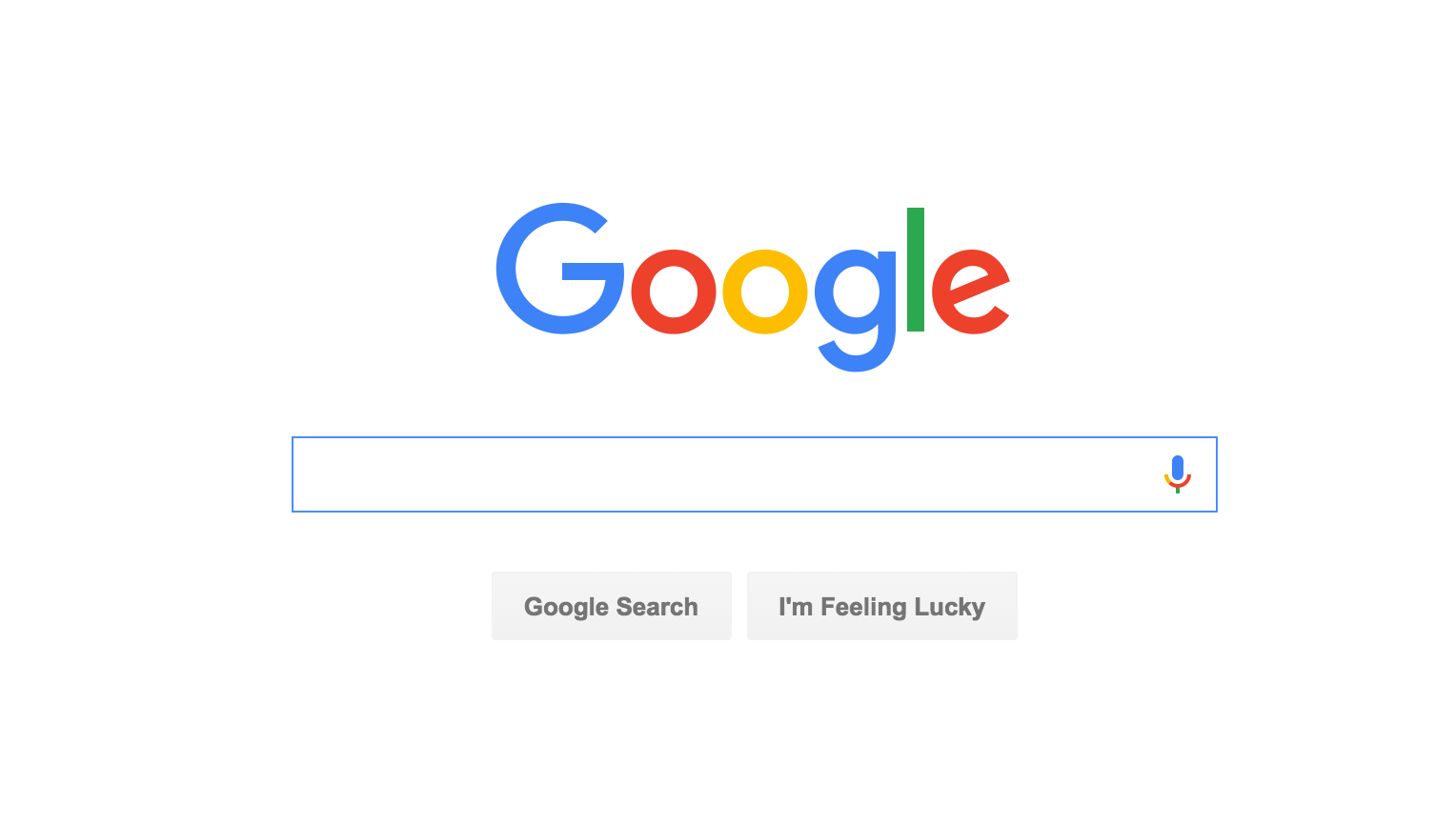 But when you enter something into the search field, in less than a second you get access to an almost complete base of human knowledge in a digitized form:

Now imagine that every time you search for something on Google, you’ll have to wait 15 seconds to get a result, that is, you can no longer get an answer to your question instantly. Even if the interface remains the same, your experience with Google will differ significantly.

As is often the case, professionals perceive the same things differently. Therefore, we present the views of several smart and talented people working in the field of high-tech. That’s what they say about the difference between UI and UX.

Ken Norton (Ken Norton), one of the partners in Google Ventures, the former head of the department to develop new products in Google:

“Let’s start with the problem that we would like to solve. UX-design is focused on the way the user is looking for ways to solve this problem, it affects the positive and negative sides of this issue, on the computer screen and beyond. The UI design focuses on how the product looks and works externally. In other words, the UI is only part of the user path. I like the restaurant analogy. The user interface is tables, chairs, plates, glasses and cutlery. UX is the quality of food served, service, features of parking, lighting and music. ”

“It would be logical to suggest that if you are designing a UI and the client is testing the product through the user interface, this also makes you a UX designer. However, following this logic, designing your own home makes you an architect, and repairing your bathroom faucet makes you a professional plumber.

Often the words used to describe any field of knowledge are cut off from the meaning originally enclosed in them. For example, the word “architect” literally means “chief builder” in ancient Greek. Such a definition today does not convey the essence of the profession.

In a professional context, the concept of “user experience designer” has a specific meaning and implies a set of specific skills, which are based on more than 20 years of practice of specialists in this industry. The work of the UX designer is related to the conceptual aspects of the design process, with UI designers focusing on more tangible elements.

Jason Mesut perfectly described the difference between UX and UI (as well as partial overlap of their meanings) in his “double diamond” model (Double Diamond Model). According to this model, the UX developer has deep knowledge of strategy, research practice, information architecture, and interaction design (Interaction Design).

The UI designer (or, as it is now called in Silicon Valley, the designer of digital products) also has interoperability design skills. However, the focus of his work is more on areas such as information design (Information Design), “moving design” (Motion Design) and branding.

Although some people claim to be experts in all these areas, this is quite rare. After all, if you are an expert in everything, you are most likely to be an expert in nothing. ”

“I hear this question all the time, and I answered it many times. In the end, I came to this conclusion.

There is no difference between UX and UI design, since these two things are not comparable with each other. This is the same as asking, for example, what is the difference between red paint and the chemicals that make up this paint?”

If UI And UX Were A House

Think of a website as a house. The website coding would be like the physical frame of the house. The house’s electrical and plumbing systems deliver functionality which is like a website’s user experience – UX. The decorations and paint on the house would offer enjoyment to the homeowner and thus are like the user interface – UI. As you can see both UI and UX do overlap in their duties. Hence a UX/UI Design Agency does offer very fundamental services.

Difference between UX and UI designers

Core Responsibilities of A UX Designer

In summary, UX design is both analytical and technical, dealing with product purpose and functionality as well as overall project management and analysis. UI design, on the other hand, is more artistic and leans more on the side of traditional graphic design but with somewhat more complex roles. Both UI and UX designs affect your site SEO performance. So, if you want to increase traffic on a business site it makes sense to test your UI/UX design.

One day you may see your website’s organic search traffic begins declining. There are many reasons you can see traffic drops from search engines, ...

Web design trends keep continuously changing and improving the efficiency of websites. Major companies in Australia are working towards meeting these new ...

What is UX competitive analysis?

Websites survive in a competitive environment. It means users сonstantly сompare one website with others. Many marketers note that users prefer to choose ...

Many people think they may point to other sites and say, “I like that. Can you do something like that?” and hope for the best. In reality, ...

The web development process includes many tasks that can be divided into these steps: project planning, website designing, web development, testing, and ...

How to create an About Us page that rocks

F5 Studio has been creating business sites since 2013, and we notice that a few business owners focus on creating an About Us page. That is why the About ...

These days people can use an e-commerce platform like Adobe Commerce, Shopify, Woocommerce, or any other e-commerce solution to build an online store. ...

Everything is happening rapidly on the web. What causes a “wow effect” at the beginning of the year becomes relevant and trendy by spring, then it starts ...

How to perform an SEO audit to improve valuable traffic?

An SEO audit is the first step in any search optimization job because you should know the issues to fix.   The SEO audit is a snapshot of the ...

Convert Figma to WordPress: how to do that in the right way

Figma is a web-based vector graphics editor many web designers use to provide professional UI and UX design services and build great websites for ...